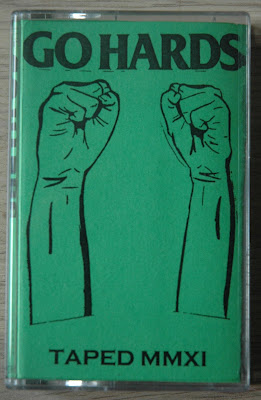 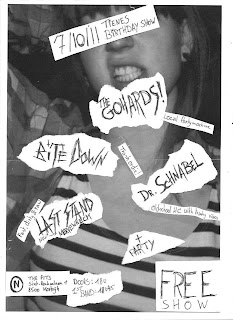 This is the first release of Awesome Vision records, released 7th October 2011. It was a free show at the lgendary Pit's in Kortrijk, Belgium the venue was really packed. Other bands that played are DRS and Bite Down, unfortunally Last Stand had to cancel.
(flyers are shown here in the post) 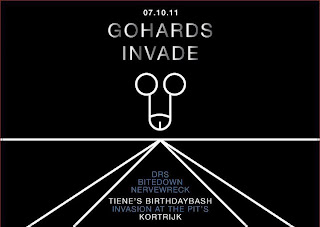 It's a compilation tape of the Gohards! which include the demo, the s/t 7" (released by Vlas Vegas records), a song that appears on a compilation called 'Harelbeeks talent' and a previously unreleased song.
The tape was limited to /20 white tapes and was sold out before the show even started.

I've been thinking a while of making a blog for my label Awesome Vision records and finally here it is.

Awesome Vision was founded in 2011 as a way to put out a tape for my friends in the Gohards!
Last week I released the 5th release, but more about all the releases soon.

The idea is simply bringing out music DIY: tapes, CD-R, CD and hopefully later on vinyl.

I'll keep you posted on the old and upcoming releases, other Awesome shit will appear here too.